To produce exclusively hand crafted vases and ornamental objects in terracotta FATAP Srl uses clay extracted from areas that the Etruscans also used.The various types of clay are mixed together and then with the help of special machinery, water is added,the resulting mixture is then made into blocks. This is then pressed by hand into the various plaster cast moulds which are also produced by our company. 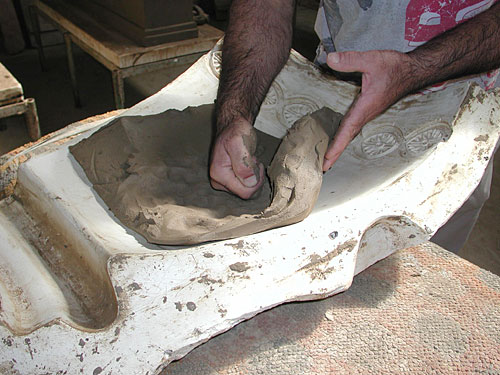 In some cases the moulds consist of more than one part, here, after being pressed into the moulds the parts are assembled and joined together using the same clay. As the clay dries out the objects can be removed from the moulds. The objects are then trimmed and any smears and smudges are removed. This is done using spatulas and damp sponges. The spatulas, known as "stecche" or sticks vary in form and function and are made by the craftsmen themselves according to their needs and the nature of the work. 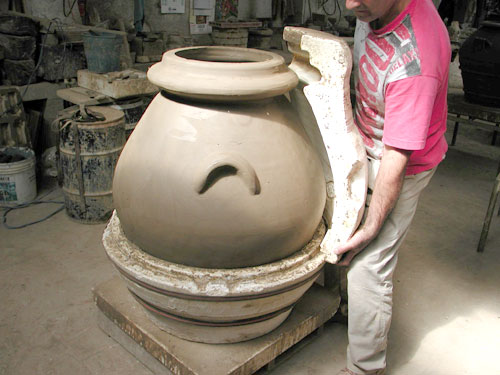 At this point the vases are placed in special rooms so that they dry out completely. The time this may take varies greatly and you can only be sure after years of experience. 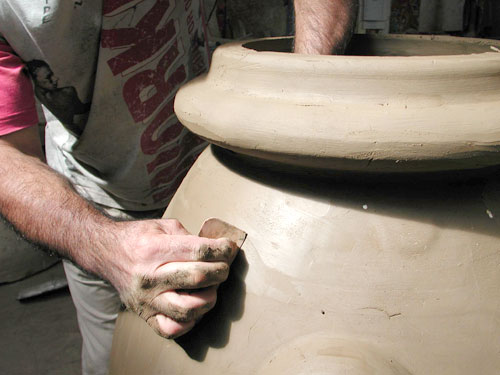 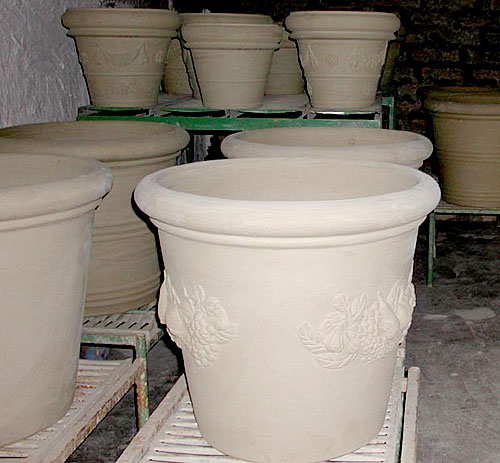 The next step in the production process requires considerable skill and experience in placing the objects in the kiln. The firing process lasts about 60 hours with temperatures progressively reaching 1000°C. This is the most delicate phase of the production process. Once the objects have been fired and cooled, those without imperfections are placed in special rooms where they are sprinkled with water. The water suffocates the calcareous impurities naturally present in the clay. 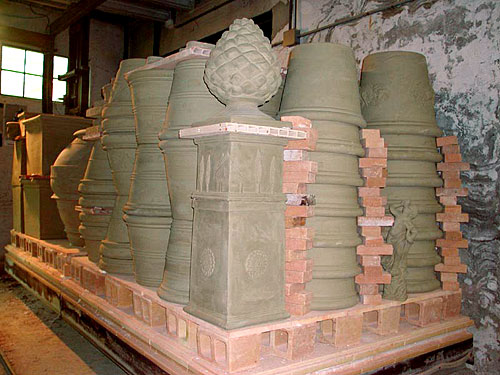 Now the production process is finished and FATAP Srl exports its hand crafted objects all over the world where they are appreciated for their beauty and colour which is characteristic of the Sienese countryside. 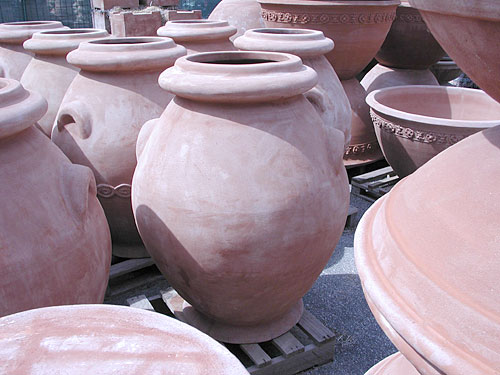